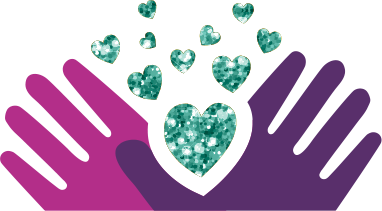 Women with Moxie, is the result of dozens of women's generosity, ideas, passions, creativity, and love for supporting other women.

Below is a hat tip to those who have contributed along the way, and highlights of the changes that have made us who we are today.

2007
Over two dozen women, many who were complete strangers, showed up at a wine bar in Sarasota, FL under the invitation to "network" exclusively with other women. They were invited by local business owner, Women with Moxie Founder, Elsie Gilmore, for a bit of a social experiment.

Elsie had been running an online business as a solopreneur working from home and was craving more meaningful connections with other women then what was available in arenas like the Chamber of Commerce or other more male dominant environments. More like business girlfriends.

She suspected, if it was "just the ladies", business would be part of the conversation, but not the main point. (She was spot on!)

Instead creating an experience where ladies could let their hair down and sink into their authentic selves with an interest in getting to know, like, and trust each other.

It was obvious, by the end of the night everyone knew an exciting concept was unfolding and we were hungry for more. 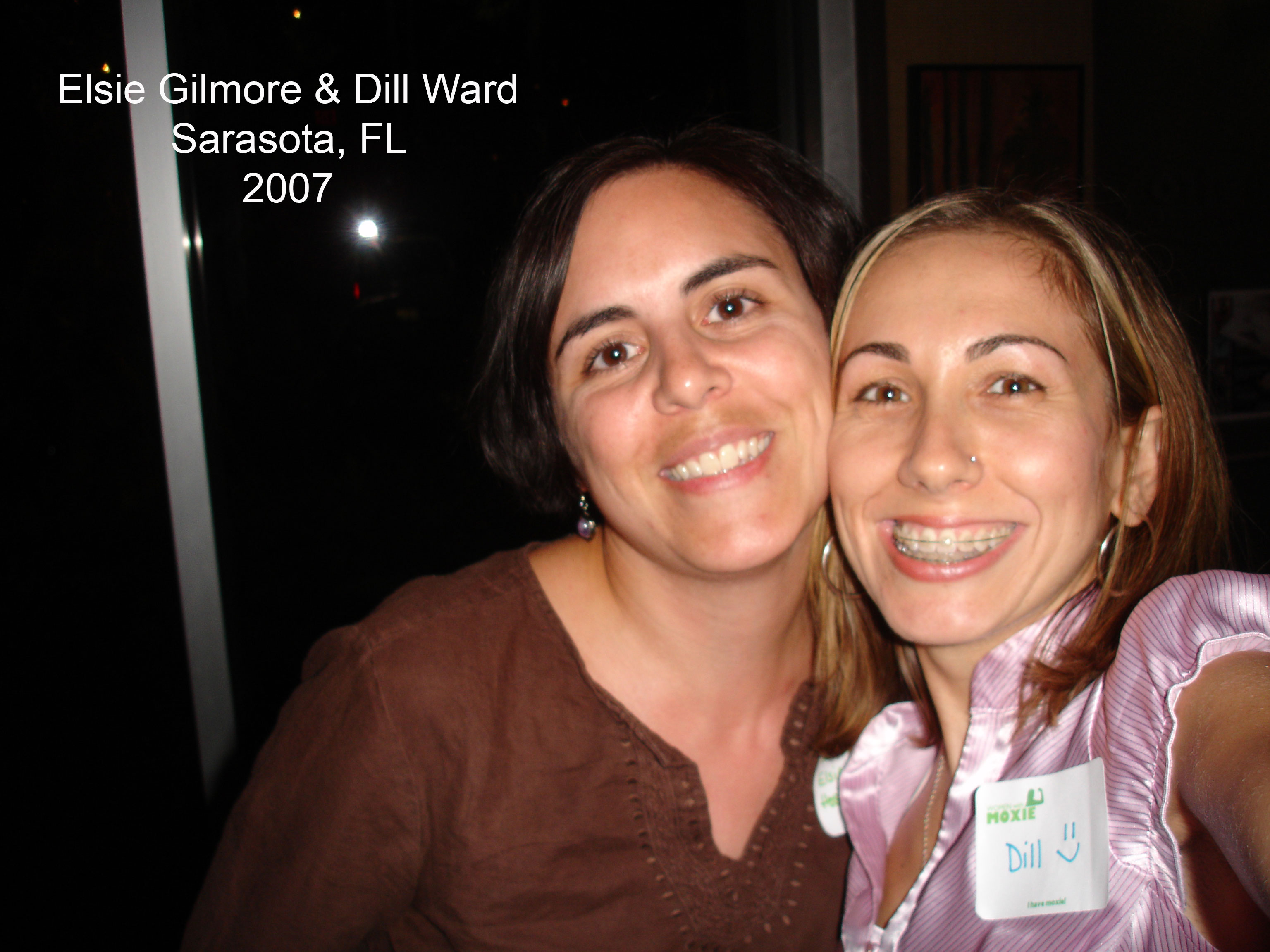 2008-2009
Elsie worked tirelessly developing a website with an innovative directory for women to connect outside the meetings. It was cutting edge at the time, before social media had gained popularity.

Women from nearby towns started learning of the fun and success of this model of networking and were eager to host meetings, and WWM became a membership organization.

2010
Long time member and supporter, Dill Ward moved across country and really missed the network and friendships she gained from her time with the organization so begged Elsie to take the lead and launch a west coast chapter in Portland, OR. Again the concept proved to be successful as the chapter grew and women flocked to the events.

2011
Chirsty Aleckson & Julia Sarver look on leadership of the Portland Chapter and continued to grow momentum and excitement for the brand.

2012
Dill Ward was back hosting the Portland Chapter with monthly Moxie Mixers at the Secret Society bar.

2014
Dill Ward accepted the opportunity to purchase the company, serve as it's CEO and re-imagine what women in business needed and how to create a unified network of women globally.

Women with Moxie opened an office and called it, "Moxie Studio", a creative event space to gather, and host private meetings. 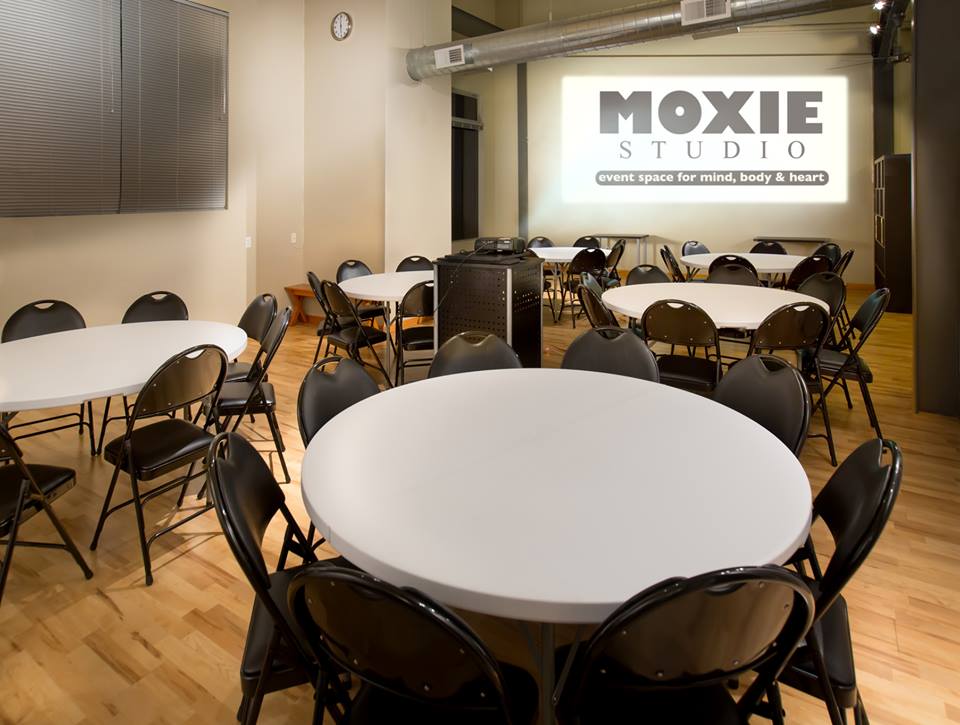 2015
Technology continued to evolve and it was time to reinvest and dump the website that kept the community together and build a new one. After a lot of heart-ache, a year of development, and a very large investment, the launch party for the new website and vision for the community was held May 13, 2015. This version was built by Malee Lucas of Sacred Fire Creative & Kim Genly, Pixelovely.

Women with Moxie begain innovating virtual hang-outs using the evolving video conferencing abilities and expanding the reach of our members's opportunities outside their geographical areas. 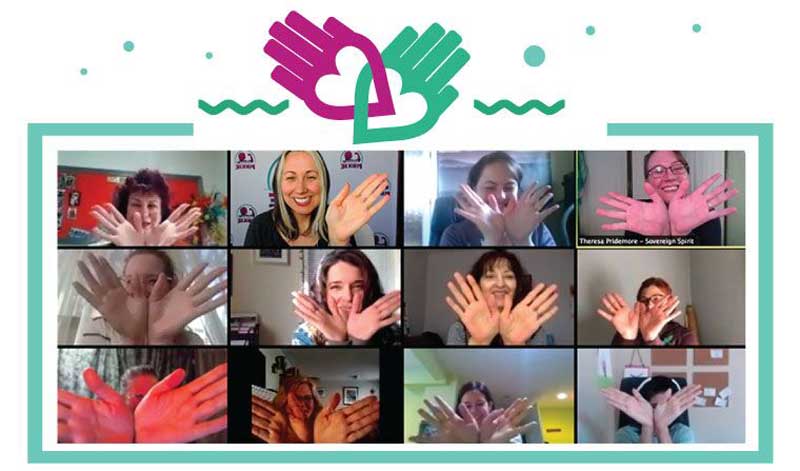 2016
With the help of Theresa Pridemore of Sovereign Spirit, the brand was again redefined and clarifyed to meet the growing needs of women in business. We sought to be the go-to resource for growth orientated, passionate, and heart-centered women in business. A new logo was born!

2017
Tapping the network for regional connections, we set out on the road for our first Moxie "Summer Casual Coffee Tour", hosting a new concept event, "Moxie Casual Coffee Date", a one time pop-up in San Diego, Los Angeles, and San Francisco.

With the help of Helen McConnell, an executive Leadership Team we call the Vibe Tribe, was born. 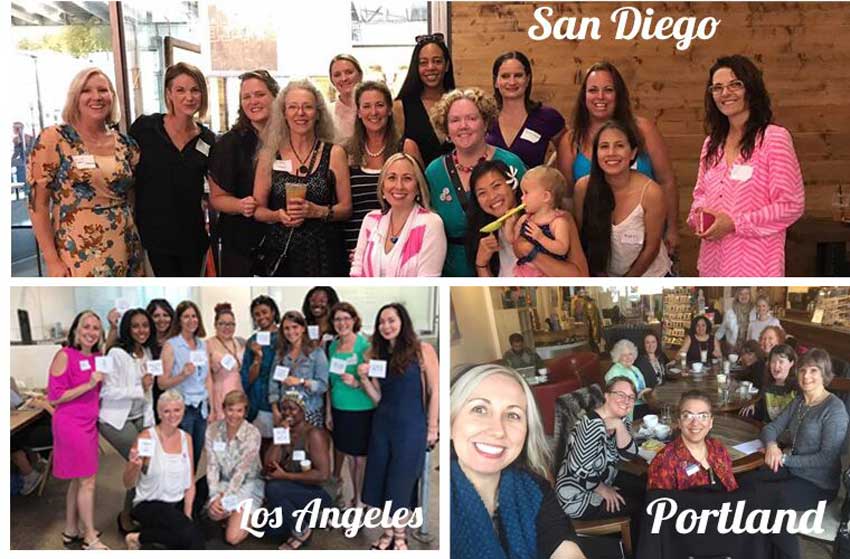 2018
With the help of Jeany Park, Tree Swing Video & Glenn Scott Lacey, Americonic Films, we wrote & produced, "We Get It", a short film to demonstrate the known anxiety women feel when going to a networking event the first time is universal, and what it looks like to push through the discomfort.

We set out on the 2nd Annual Moxie "Summer Casual Coffee Tour" this time touching down in San Diego, Salem, Chicago, and Seattle.

We produced our first online summit called "How She Did it", an inspiring virtual event for women in business. 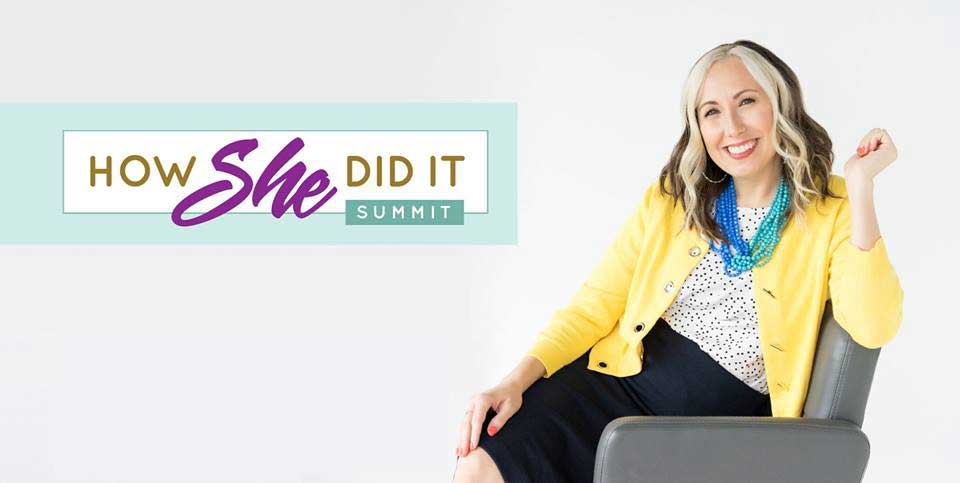 2019
As a company energized by new technology it was time to yet create a new website to support the growth trajectory so are enjoying this fresh new one!

Ready to support women in business in a whole new way, we launched Moxie Peer-Advisory Groups in curated cohorts coupled with 1-on-1 business coaching. By Spring of 2020 our goal is to bring it to other cities. 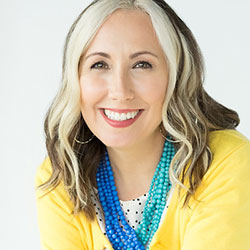 We believe that women are stepping into a new paradigm and have tremendous power to change the world at large by expanding their own worlds; while growing businesses, building careers, supporting families, and, living the lives of their dreams.

We have watched it happen hundreds of times within our network and know that the heart-centered approach to networking not only is more joyful, but has proven to grow business after business.